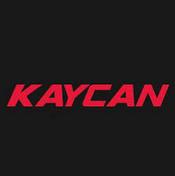 The specific and primary purpose for which this corporation is formed is to relieve the poor, distressed and underprivileged; to advance education; lessen the burdens of government; lessen neighborhood tensions; eliminate prejudice and discrimination; defend human and civil rights secured by law; further religion in the world by every appropriate proper, ecumenic, undenominational and  moral method; combat community deterioration and juvenile delinquency; promote positive, healthy, productive relationships and choices; combat gangs, violence and abuse, drug abuse, and teen suicide; and teach young people, through word, song and media, to "Stop the Violence, Start With Love, Say No to Suicide, No to Drugs, and have Vision to Stand for what is Right."
​

Lauren International, Inc. - HISTORY
I toured the USA and many parts of the world as a Christian artist in the ‘80s. In the ‘90s, I toured thousands of communities in the public schools of America, empowering youth to Stop The Violence, Start With Love, Say No To Suicide, Say No To Drugs, and Have Vision To Stand for What is Right. Performing for thousands of people at every concert was rewarding, but never as humbling or important as what happened after the show. I would always end up spending hours talking with people, after every performance. And it was never artist/fan-type communication. Nobody would tell me I had a great voice or ask me how I learned to play every combo instrument. What they would stand in line to talk with me about were their thoughts of suicide or their addiction to drugs, motivated by the songs I had written for the concert; the teenager living with abusive, alcoholic, or drug-addicted parents; the 15-year-old girl that was not showing she was illegitimately pregnant and afraid to tell her parents. These conversations were always mixed with those asking how to get into the entertainment business or how to become famous. I began to realize the power of illuminating performance and media, creating a call to action.

In 2000, I flew to Israel to film in the Holy Land with casting director Mark Fincannon. We filmed the Seven Stations of the Cross, the Wailing Wall, and the Muslim temple, all located within 300 yards of each other in Jerusalem.   After filming the location where the Dead Sea Scrolls were found, I began to realize, in a profound way, just how small our world is and how important it is for us to love others as we would want to be loved -- the love shown and given freely to all of us, by Jesus Christ (Matthew 7:12, John 3:16).  I had been ordained at 16 in the Southern Baptist Church, and Mark was a deacon in his church. We took turns renewing our Christian faith as each of us baptized the other in the Jordan River on that trip.

I returned to the United States to share my school concert stage for the first time and produce the live concerts with pop group O-Town for the ABC hit TV show Making Of The Band. I thought that this appearance would bring national attention to our school tours. My performance was edited out of the series, and O-Town became a platinum-selling group. I realized how media works and that it was time for me to start a new chapter in my life, to use the years of performance experience I had acquired to create media with a message, and to mentor, motivate and empower others seeking help and assistance in their personal lives and professional careers. This would allow me to work with entertainers, as well, to help them understand the power of their platform, if used to make a difference.

Through the years,  I have  talked with and mentored hundreds of  artists who have requested my assistance, and I always ask them why they want to be famous. Many will say that they want to use their fame and fortune to help others. This opens the door of communication with them: Why would your God-given talent be blessed with fame and fortune to give back in the future, if you are not using it now to do the same? Luke 16:10 says:  "Whoever can be trusted with very little can be trusted with much, and whoever is dishonest with very little will also be dishonest with much."

Over the last 15 years Lauren International, Inc., has made a difference in the lives of many individuals, while building strong relationships in the world of artistry, media production, and distribution. Now, in 2021,  Lauren International, Inc., will embark on a new TV Show project called COMMUNITY RENOVATION. We will be sharing more about this project in the coming days.